Australia’s remote geographical location means the country is hugely reliant on imported goods; everything from German cars and Japanese computers, to Italian shoes and Scotch whisky. Figures from 2016 show that $181 billion’s worth of imports flooded into the country, the bulk of them in arriving in corrugated steel shipping containers of various configurations.

In contrast, $159 billion was exported through our principal shipping container ports, including premium exports: iron ore, coal, gold, wheat and crude petroleum. China remains far and away Australia’s largest export market, valued at over $55 billion a year, with Japan a distant second at around $19 billion.

Maritime transport supplies the country’s life blood and its giant seaports and cargo terminals operate at full capacity throughout the year, loading and unloading Corten steel shipping containers of all types. These include open top, high cube, side-opening, flat-rack, insulated and refrigerated versions; designed to haul most forms of cargo. Brisbane, Fremantle, Melbourne and Sydney process the majority of these import and export consignments. 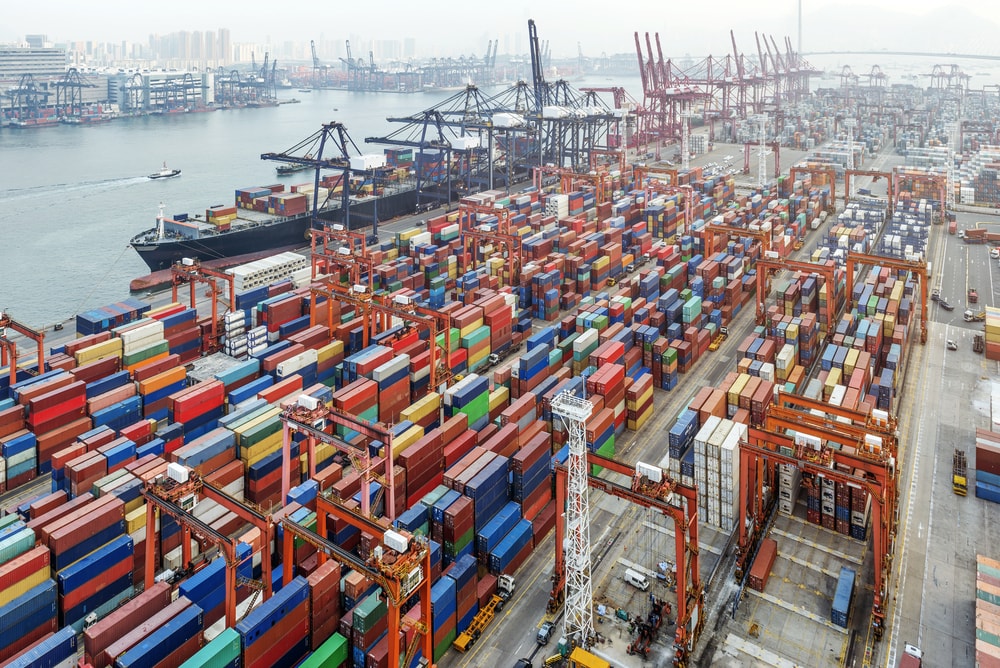 Originally constructed in 1889, Melbourne has steadily grown to become one of the top fifty international container ports, handling over 2.5 million TEU’s (twenty-foot equivalent units) per year. By way of comparison, the world’s busiest port, Shanghai in China, handles over 36 million TEU’s in the same period. Railway sidings allow intermodal shipping containers to be brought right to dockside, where they are taken on and off ships, using powerful, specially designed shipping container cranes.

Controlled by the Port of Melbourne Corporation, in 2016 the collection of several separate docks and terminals were leased to an investment consortium for the next 50 years, at a cost of $9.7 billion. Its plans for expansion have triggered complaints from neighbouring residential areas, concerned at the prospect of hugely increased road traffic in an already congested zone.

The Port of Sydney is the Country’s Second Busiest Operation

Also known locally by its original name of Port Botany, Sydney’s extensive, deep-water container port began construction in 1971. Its eleven berths can handle vessels up to 500-feet in length and most types of dry bulk and bulk liquid cargoes. Common imports arriving via shipping container include machinery, telecommunications equipment, computers and crude oil.

The Seaport of Brisbane

Situated closest to the Asian land mass, in Queensland, Brisbane currently resides at No.3 among Australia’s busiest seaports. Back in the Victorian era, it mainly handled frozen beef and timber from local pine and cedar forests. Now, in 2017, coal exports dominate Brisbane’s trade figures at 43% of the total, with agricultural seeds second at 15%. In terms of exports, crude oil accounts for 29% and refined oil 19%.

The Seaport of Fremantle

Over on the opposite coast, Fremantle is of vital importance to Western Australia’s economy. Shipping containers transport huge quantities of coal, gypsum, cement, slag, fertilisers and sulphuric acid.